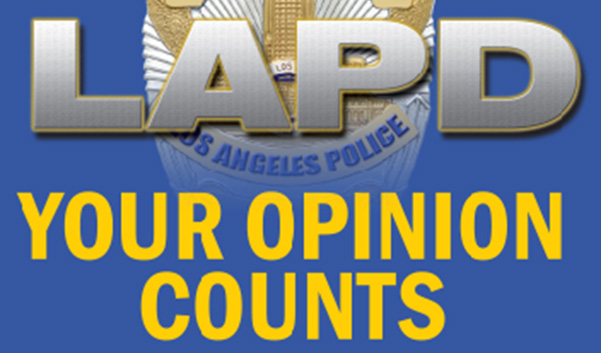 The LAPD has released their draft policy regarding releasing critical incident video, which calls for releasing the video within 45 days of the incident or sooner along with relevant information to provide context. Critical incidents are described as:

-Officer-involved shootings, regardless of whether a person was hit by gunfire

-A use of force resulting in death or serious bodily injury requiring hospitalization;

-All deaths while an arrestee/detainee is in the custodial care of the Department unless there is no preliminary evidence of any of the following: misconduct, a use of force, or an act committed by an arrestee/detainee that appears intended to cause injury or death; or

-Any other police encounter where the Commission or the Chief of Police determines release of video is in the public interest.

There may be cases for delayed release. Read the whole policy on the LAPD site.

Email: videoreleaseinput@lapd.online, or in writing by mailing comments to the Los Angeles Board of Police Commissioners, 100 West 1st Street, Suite 134, Los Angeles, California 90012. A summary of the comments received will be provided to the Board of Police Commissioners on March 13, at which time they may act to approve the policy. Explanation of Development of Video Policy Process.

The LAPD is also conducting a survey to collect the public’s opinion on the qualities needed in the next Chief of Police. The deadline is March 23, 2018. You may complete the survey, email your comments to Per.COP.comments@lacity.org or mail them to:
LAPD – Police Commission
100 West 1st Street, Room 134
Los Angeles, CA 90012