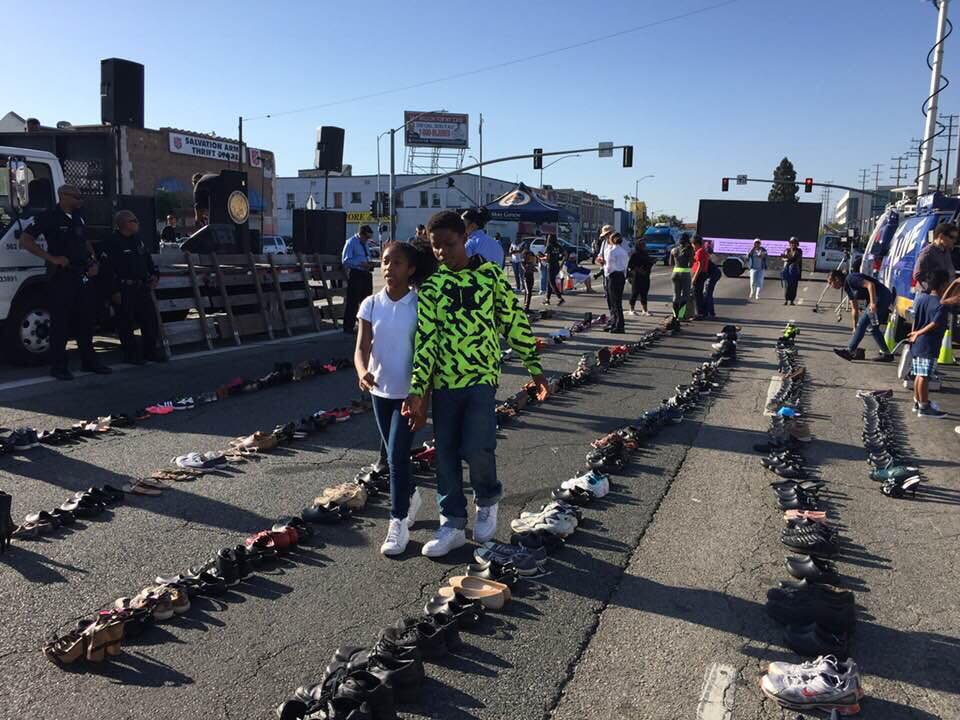 Harbor Gateway Neighborhood Council, District 6 Representative Marvin Bell attended the event against gun violence held on Friday, July 13, 2018 at the corner of Manchester and Vermont. Hundreds of shoes lined the street of Vermont at Manchester. Each pair of shoes represented a life that was tragically taken as a result of gun violence. Assemblyman Mike Gipson (D-64) urged #NotOneMore and the proliferation against Ghost Guns – Homemade guns without serial numbers. #NoGhostGuns

KTLA5 reported that Assemblyman Gipson is calling for a change in the nation’s existing gun laws that allow for the purchase of gun parts which enables the assembly of “ghost guns.”

KTLA Article on the Demonstration