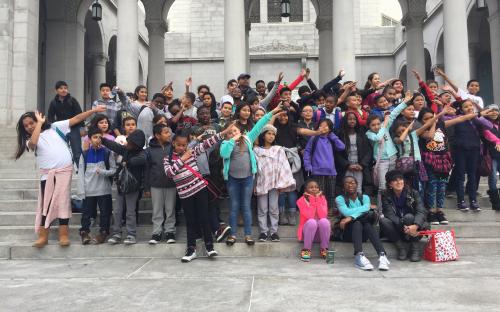 75 fifth grade students from the 116th Street School visited Los Angeles City Hall on Fri. January 13, 2017 for a tour and introduction to how local government works. The trip was coordinated by HGNNC Youth Representative Richard Lee. HGNNC District 8 Representative Larry Morrison helped with trip supervision. Councilmember Buscaino’s office arranged for the bus and the Councilmember introduced the students, including four of their student body leaders (all girls) at the beginning of the day’s City Council meeting. 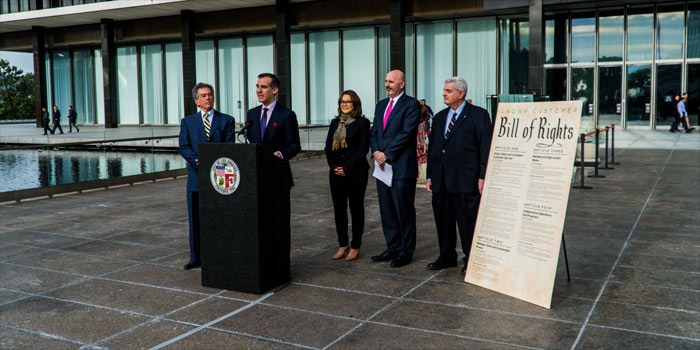