Planning and Land Use Committee Meeting 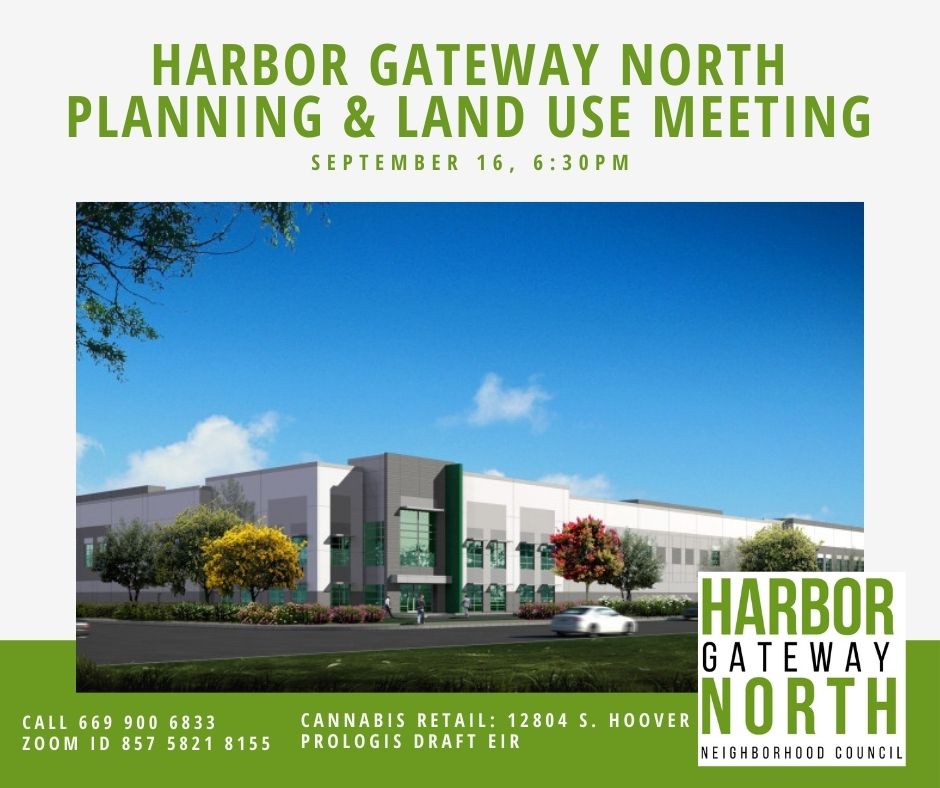 Join us for a Planning and Land Use Committee Meeting on Thursday, September 16, 6:30pm.

The Harbor Gateway North Neighborhood Council Board will jointly meet with the newly formed Planning and Land Use Committee on Thurs. September 16 at 6:30 pm to learn more about the proposed new Cantasia LLC retail cannabis location at 12804 S. Hoover Street, just south of El Segundo Blvd. in District 4.
Those attending the meeting will also hear from Crable & Associates, the environmental consulting company which the HGNNC has hired to help evaluate the findings in the Draft Environmental Impact Report (DEIR) on the proposed Prologis warehouse at Vermont Avenue and Redondo Beach Blvd. The DEIR was released on August 19. The HGNNC previously submitted a Scoping letter for the DEIR, with many of the suggested issues now reviewed in the DEIR.
Comments on the DEIR are due on October 4 at 4 pm. See further details on submitting comment in the article below.
An informational Town Hall meeting about the proposed Prologis warehouse at the northeast corner of Vermont Avenue and Redondo Beach Blvd. is also being organized for Tues. September 21 at 6:30 p.m. via Zoom.