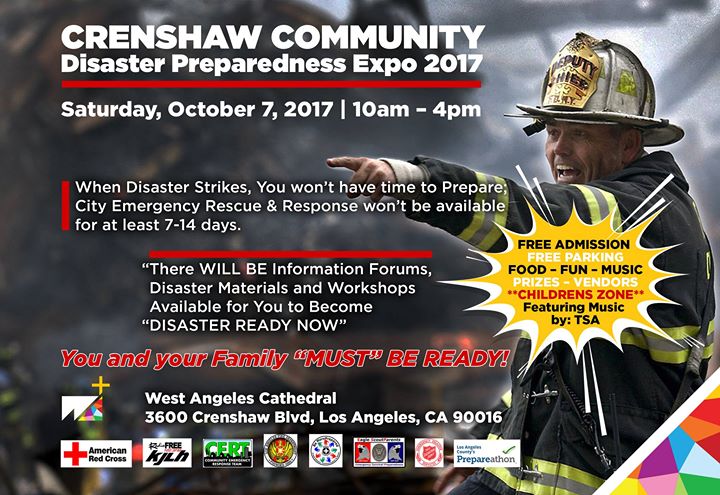 According to Cal Tech, the next major scale earthquake in Southern California is estimated to be 7.8 on the richter scale, which would be 12 times the magnitude of the Northridge Earthquake in 1994 and more than 44 times the destructive force. Los Angeles City emergency and rescue services will not be able to reach us for at least 7-14 Days or MORE. YOU AND YOUR FAMILY MUST BE PREPARED IN ORDER TO SURVIVE THAT DURATION!

Besides the Los Angeles Fire Department, the Red Cross, and others, the Los Angeles Amateur Radio Club will have a table at this event, with demonstrations of how Ham radios are used during major disasters.