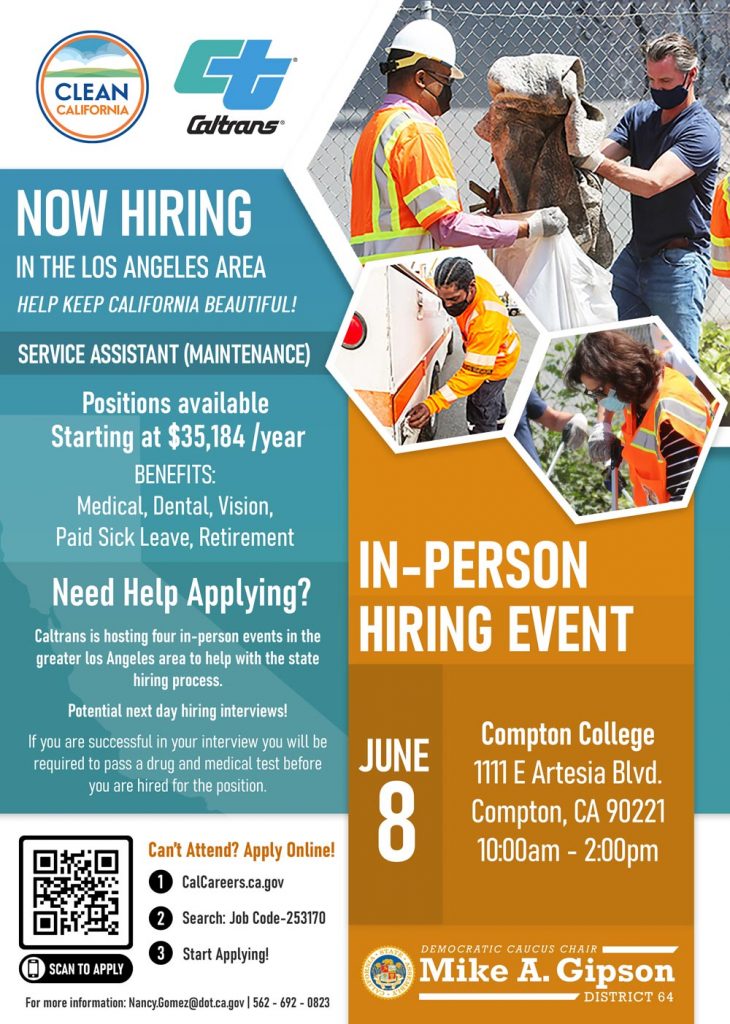 The Governor announced a 1.5 Billion Dollar initiative, “Clean CA” which allocates funds to multiple projects such as cleaning the State’s Highways! The initiative has prompted Assemblymember Gipson to host the FIRST Job Fair in the State since the initiative was announced, in partnership with CALTRANS at Compton College. The event will take place on June 8th from 10am-2pm 1111 E Artesia Blvd. Compton, CA 90221.

There will be in-person interviews and potential on the spot job offers!